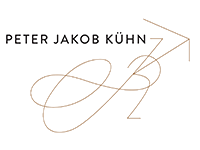 11th generations of winemakers in the family. Winery itself came to life in 1786 with Jacobus Kühn as founder. Since 2018, Peter Jacob Kuhn, spouse Angela are fully managing the estate.

Surface of the winery vineyards is 20 ha. It was larger and was downscaled on purpose to allows the family to care after the vineyards and cellar the way they deem it necessary and acceptable. Peter Jakob Kuhn is the first biodynamic winery in Rheingau, it explains it all.

Peter Bernhard had an inspired detour from his journalistic career. It was much influenced by the principles of biodynamic agriculture and his one year stint in 2008 in Burgundy Morey Saint Denis. Followed studies at Geisenheim University, the cradle of German winemaking.

In 2016 after long time efforts and dedication, Peter Jacob Kuhn was awarded by the Gault Millau wine magazine with the title “Winemaker of the Year”.

90% of winery’s vineyards are under Riesling, rest is Spatburgunder (Pinot Noir). PJ Kuhn is widely recognized as master of Riesling variety.

Peter Jacob Kuhn points out that in the circumstances where nature is allowed to maximally express itself and human intervention is minimal, in the context of a certain place and climate expressed in the grapes, it is not the grape variety which is really paramount.  “The force of the grape alone makes the wine. This creates unmanipulated, lively wines that reflect their place and their own character and are unadulterated and age very well.” Therefore no fining agents, no cultured yeasts are used at the winery.

In the winemaking wild yeast and long fermentations on the lees are favored. Grosse Gewachs (Grand Crus) of Peter Jacob Kuhn go to bottling after 18 months on the lees. The release of these wines to the market is after two years. Usually site specific wines (terroir wines) are reaching the market  in 3 years from harvest.

The most important vineyard sites of the winery are:

The wines of Peter Jacob Kuhn are coveted everywhere in the world and are never enough.