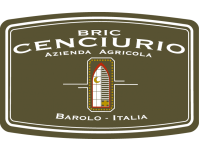 Bric Cenciurio is located in the heart of the Langhe hills in the village of Barolo.

Bric Cenciurio is the name of a small strip of a hillside in the commune of Castellinaldo near Roero and is the latest addition to the ranks of Barolo producers. Founded in 1990 when Franco Pittatore joined his brother-in-law Carlo Sacchetto to purchase land in the Roero, the goal was a single winery sourcing grapes from both Pittatore’s Barolo vineyards and from the Sacchetto family’s grapes in Magliano Alfieri.

When Franco Pittatore tragically lost his life in a tractor accident in 1996, his brother-in-law Carlo Sacchetto took over to bring their dream to fruition. He was assisted by Franco’s sister, Fiorella, and by his sons, Alessandro and Alberto. Allesandro is now the head winemaker and creates wines that are sought after by collectors worldwide. The winery currently has 10 hectares under vine including its Roero property. It is planted with Arneis, Barbera, and Nebbiolo d’Alba. The Nebbiolo for Bric Cenciuro's world-famous Barolo grows on a two-hectare plot in the prestigious Coste di Rose Cru property.

Fortune often favors the brave; Bric Cenciurio’s debut as a Barolo producer coincided with the renowned 1999 vintage. The vineyards are organically farmed without certification. The wines of the estate are highly praised in the circles of wine aficionados. Specifically, their Barolo Coste di Rose. Coste di Rose is an official Barolo Grand Cru and produces wines of rare elegance. The wines are full-bodied with a velvety roundness.

Bric Cenciurio Barolo Costa di Rose DOCG, 2014 scores 90 with wine Enthusiast and 89 with Wine-Searcher placing this in the excellent category and sought after by collectors of fine Barolo.