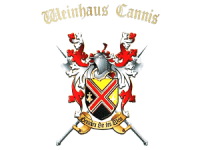 Historians and archeologists researching excavations nearby Rhein and Mosel confirmed that first vineyards were established in 1 century BC. Rhein and Mosel until now are playing an important role in winemaking: right here are located some of the best German vineyards.

Cannis – a winemaking farm, in a half of century grew up from a small winemaking family into a modern, forward moving enterprise. All this as a result of effective, rational and innovative approach and a limitless passion for wine. The name Cannis has Latin origins and means “cane” or “cane riverside”. Cannis is right in the heart of German winemaking – Trier-Saarburg region, in the Mosel River valley. the Cannis’ priority is production of wines of highest quality level, customer oriented and influenced by German winemaking traditions.